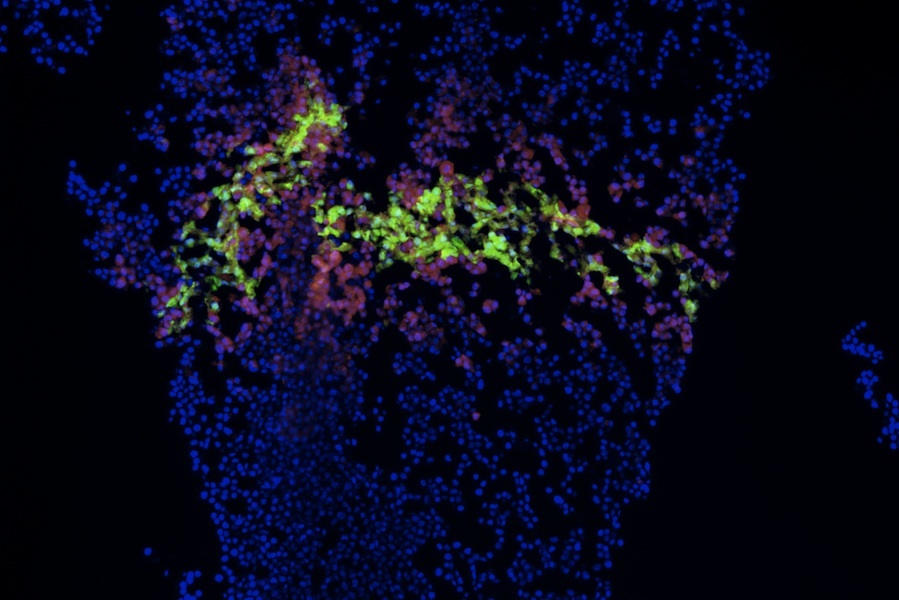 Xconomy San Diego — Organovo, a company developing technology to 3D print human tissue, announced two months ago that its dwindling cash is leading it to explore options that include merging with another firm. The San Diego biotech now has an offer from a familiar face close to home.

Viscient Biosciences, a seven-person biotech startup also based in San Diego, announced Wednesday that it has submitted a merger proposal to the Organovo (NASDAQ: ONVO) board of directors. The two companies are well-acquainted. They’ve been working together on potential treatments for the fatty liver disease nonalcoholic steatohepatitis (NASH) and Viscient is led by Keith Murphy, who co-founded Organovo and served as its CEO from 2007 to 2017. He left the company to start Viscient, which has received an undisclosed amount of financing from investors including Thynk Capital and the Methuselah Fund.

Under the terms of Viscient’s proposed stock deal, Organovo would issue new shares resulting in a combined business that could be up to 57 percent owned by Viscient shareholders. Viscient, which has been a research partner with Organovo for nearly two years, says it believes it’s the only company offering a strategic business combination that would continue the biotech’s research, as opposed to suitors looking to merge with a publicly traded firm as a backdoor way to go public. Organovo released statement Wednesday afternoon confirming it received the Viscient proposal and said it is asking shareholders not to take any action at this time. [Paragraph updated with Organovo’s response.]

Organovo has developed a way to incorporate human liver cells into a printable “bio ink.” The company uses the technology to bioprint tissue (pictured above) that serves as a testing ground for experimental drugs. This application of bioprinting has led to a contract research business in which pharmaceutical companies work with Organovo to test their experimental drugs. But Organovo has also been researching ways its 3D printing technology can help end-stage liver disease patients. Organovo is developing an implantable bioprinted patch intended to keep the liver functioning until a donor organ becomes available.

So far, Organovo’s 3D bioprinted patches are still in preclinical development. In May, the company said it would conduct more tests to improve its manufacturing process and obtain more data about its liver tissues. In Organovo’s fiscal second quarter report, it said questions about the liver tissue and the lengthy timeline to develop it has led the company to suspend the program. The resulting restructuring led to layoffs of approximately 40 people. But Viscient still sees value in Organovo, at least for the application of its technology for drug discovery and development.

“The work that was related to was the in vivo tissues, the transplant tissues, and I firmly believe there is a ton of promise still in 3D bioprinting … and I think we can unlock a lot of what’s left on the in vitro tissue side by merging here with Organovo,” Murphy said in a phone interview with Xconomy. “We value Organovo at a premium to current trading because of the synergies on the technology.”

Viscient has been using Organovo’s 3D bioprinted liver models to develop NASH drugs. The preclinical-stage company is currently working on identifying its lead NASH drug candidate. But having built a platform for NASH drug discovery, the company says a merger with Organovo would enable the combined business to bioprint other tissues in order to develop drugs for other diseases.

Shares of Organovo rose more than 7 percent to 28 cents following news of the merger proposal. When Organovo went public in 2012, it priced its shares at $4.50 apiece.